Due to increasingly growing interest to the Chinese market, a lot of western companies are now considering placing mobile applications on Chinese platforms and promoting them in the Chinese web space.

Here, we will tell you about the main platforms to publish your mobile application, necessary documents, and the possibilities for promotion among Chinese users.

Chinese platforms can be divided into two types:

Why Google Play is not working in China

Due to censorship in the Chinese web space and the Chinese firewall, Google and all its services officially left China in 2011. The main supplier of mobile Android applications, Google Play, is also not available in China. Instead, there is a wide variety of platforms (more than one hundred) with Android applications available to any Chinese user.

Tencent is one of the largest technology companies in China and the developer of popular applications such as WeChat and QQ. It is no wonder that Tencent MyApp store is most popular. Tencent MyApp has more than 260 million active users per month (according to AppInChina) and is currently the app store No.1 in China. 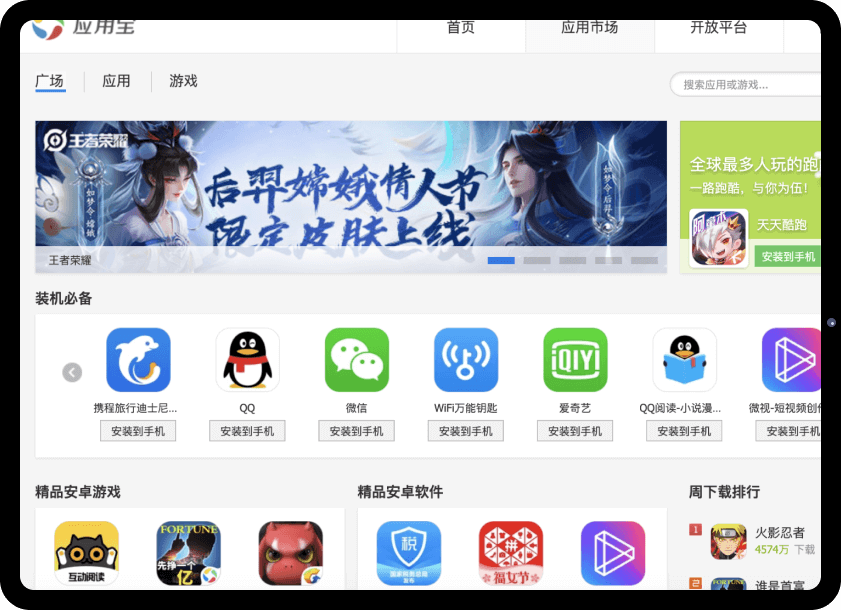 360 Mobile Assistant is a Chinese app store developed by Qihoo 360. Qihoo 360 is a large Chinese company specialized at Internet security, which also has a popular web browser, “360”. 360 Mobile Assistant was the second popular app store, but it is now left behind by Oppo and Huawei app stores. Approximately 105 million active users per month (according to AppInChina).

Baidu is the main search engine in mainland China. Baidu has also an app store called Baidu Mobile Assistant which is visited monthly by 81 million active users (according to AppInChina). 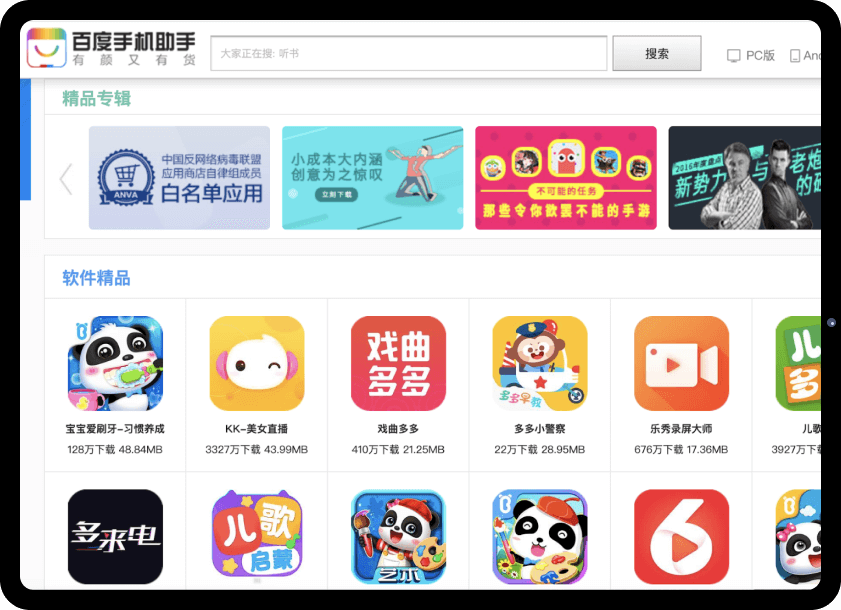 Four Android stores mentioned above are widely popular in China as they are pre-installed to the most of Android smartphones. Oppo App Store, Huawei App Store, Xiaomi App Store и IVO App Store.

In contrast to App Store and Google Play, where decision to publish an application in a particular region is made in the centralized manner and proper localization into Chinese would be sufficient, the situation with Chinese Android stores is different.

First, each of the above said platforms either makes part of a particular advertising network (Tencent, 360, Baidu) or has its own one. Therefore, in addition to the tools discussed below, Android apps may also be advertised directly on the platform via the developer's personal account that becomes accessible to you once the release is approved. Pre-rolls, banner ads, pins in listing, and other formats to expand the coverage are available.

Second, there are many promotion tools, which require no more than a landing page with a link to the application download page (in case of approved release on App Store or Android platforms) or a registered account in Chinese social networks.
These include:

It should be noted that most tools are available for non-residents of China and can be registered to a foreign legal entity.

Want to know more? Contact us to learn about all the tools for promoting your application in China.